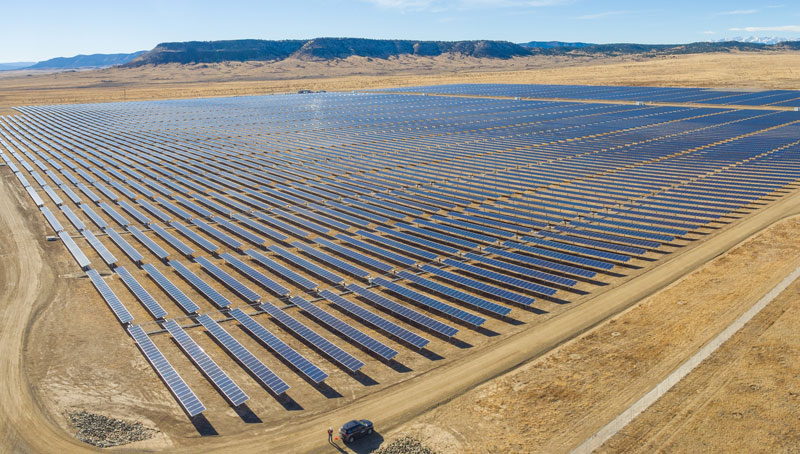 Posted at 21:16h in Uncategorized by insight

(January 16, 2020 – Boulder, Colo.) juwi today announced that it has contracted with Tri‐State Generation and Transmission Association for four new solar projects in Colorado, which along with one project previously announced and yet to be constructed, will result in more than 500 megawatts of emissions‐free renewable resources being added to Tri‐State’s power supply portfolio by the end of 2023.

The four Colorado solar projects to be added to Tri‐State’s resource portfolio by the end of 2023 include:

“It is a very exciting time to be a solar developer in the state of Colorado,” said Michael Martin,CEO of juwi. “The state’s visionary renewables policies and resulting deployment of projects have elevated Colorado to the national stage. We appreciate Tri‐State’s vote of confidence and are delighted to develop and build once again in our home state. These four solar projects collectively will offset 1.5 billion pounds of carbon dioxide emissions in their first years of production.”

When completed, the four solar projects will provide enough generation to meet the electricity needs of over 165,000 households. juwi will build, own and operate the projects under separate power purchase agreements with Tri‐State. Terms of the contracts will not be released.